CHRISTMAS IS A ROMANTIC HOLIDAY 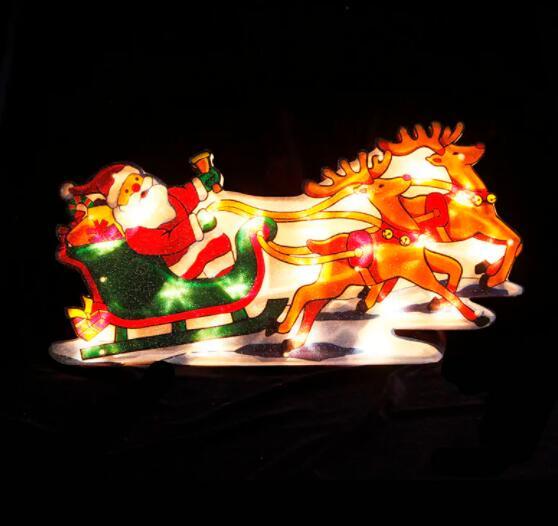 Christmas (Christmas) is also known as Christmas, translated as "Christ-Mass". It originated from the Saturn Festival when the ancient Romans greeted the New Year. It has nothing to do with Christianity. After Christianity prevailed in the Roman Empire, the Holy See followed the trend to incorporate this folk festival into the Christian system, and at the same time to celebrate the birth of Jesus. But Christmas is not the birthday of Jesus, because the "Bible" does not record the specific day Jesus was born, and there is also no mention of such a festival, which is the result of Christianity assimilating ancient Roman myths. According to the "Bible", the three wise men from the East gave gifts-gold, frankincense, and myrrh when Jesus was born, and worshiped Jesus, expressing their honor to the human savior. This is the origin of the custom of Santa Claus giving gifts to children. British children put their long socks by the fireplace on Christmas Eve. It is believed that Santa Claus will ride an elk down the chimney at night and bring them socks full of gifts. Children in France put their shoes at the door, and ask the Holy Child to put gifts inside the shoes when he comes. December 25th of each year in the Gregorian calendar is the day when Christians commemorate the birth of Jesus, which is called Christmas Day. From December 24th to January 6th of the following year is the Christmas festival. During the Christmas festival, Christians from all over the world hold grand commemoration ceremonies. Christmas was originally a holiday for Christians. Because people pay special attention to it, it has become a national holiday. The country's most grand holiday in a year can be compared with the New Year, similar to the Chinese New Year.

The origin of Christmas

Commemorating the birth of Jesus:

It is said that Jesus was conceived by the Holy Spirit and was born of the Virgin Mary. God even sent the messenger Gabriel to tell Joseph in a dream that he should not want Mary because of her unmarried pregnancy, but instead want to marry her. He called the child "Jesus", which meant that he would take the people from Saved from sin.

When Mary was about to give birth, the Roman government issued an order that all people in Bethlehem must declare their household registration. Joseph and Mary had to obey. When they arrived in Bethlehem, the sky was faint, and the two of them could not find a hotel to sleep in. There was only a stable to live in. At this moment, Jesus was about to be born. So Mary had to give birth to Jesus on the manger. In order to commemorate the birth of Jesus, later generations set December 25th as Christmas and celebrate Mass every year to commemorate the birth of Jesus.

The most indispensable thing for Christmas is Christmas lights accessories. We are a holiday lighting manufacturer, and there are many other products, such as wooden candle bridge, etc. Welcome to visit us!