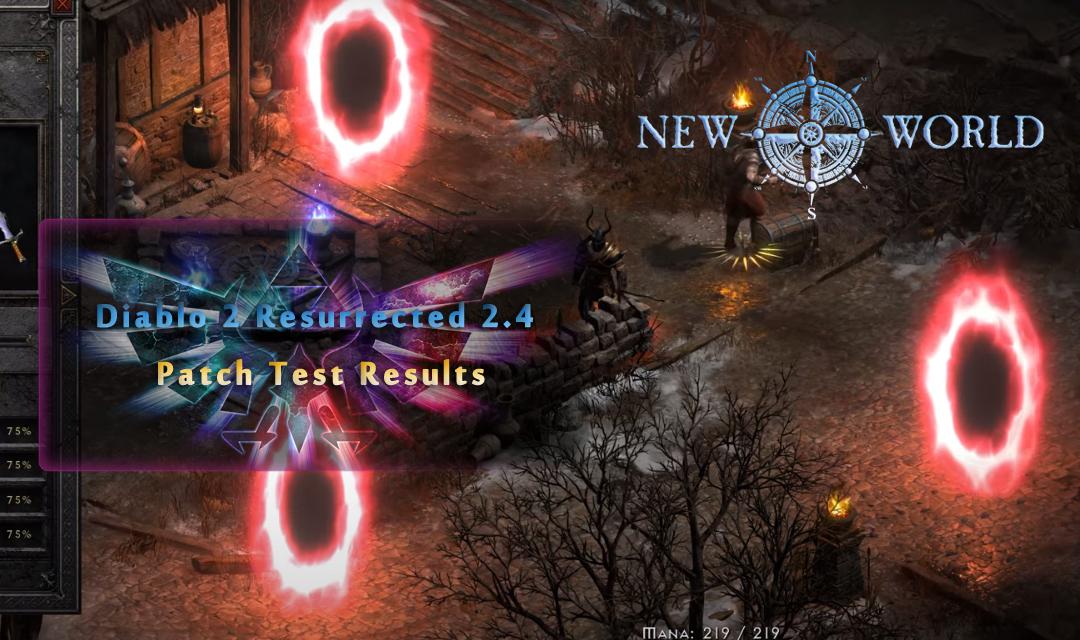 Patch 2.4 of Diablo 2 Resurrected hit the PTR on March 2, and many players have been testing it for a while now. Below we will introduce some players' test results of this patch, mainly the advantages and disadvantages of Act 5 Frenzy Merc.

•The aggressive AI will frequently seek out enemies.

•In a state of madness, the movement speed bonus can reach +170%, giving him absolute madness.

•In Act 5, the damage calculations for one-handed weapons seem to still be in place, meaning that high min-max swords can work wonders.

•Not as effective at breaking immunity as the mercenaries in Act II.

Patch 2.4 of Diablo 2 Resurrected is still in beta testing in the PTR, and it is expected that this patch will officially enter the game in April. So what we should be doing now is collecting more d2r items, which can give us an edge in future updates.