RuneScape is a victory both as a match 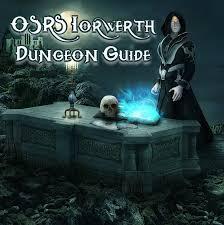 Recently times of financial hardship, many online games really are visiting a drop off of subscriptions to paying services. As gloomy as this simple fact is, the reality of it can be found from the declining population of RuneScape. At the end of the day what's important for Jagex would be to see a game well-made and a profit made for both them and their shareholders. As gamers, we both honor Jagex's business interests and adopt the item that makes us customers of RuneScape gold Jagex in the first place. In a nutshell, we have a deep attention for future of the organization and game we have all grown to love so much.

Because of this love for RuneScape, we at Sal's Realm have always held the view that RuneScape is a success both as a game and merchandise thanks to its profound level of esteem that Jagex and the player community have for each other; as both strive to earn the match the best experience it can be. Because of this truth, many gamers are curious as to the way Jagex can continue to stay in the black at the upcoming financial year with the recurring economic hardships many are facing. While many different games have long relied on completely subscription-based versions, other popular liberated to play games also have made use of this micro-transaction model, that's the offer of virtual goods/benefits to get a small real world cost.

Many small online games have utilized this micro-transaction model to gain immense profits, a decision for which many gamers do not begrudge themso long as the game stays balanced and enjoyable. However, some game companies just don't hold micro-transactions as within the spirit of the product, as they quite often give certain players unfair advantages over others. Jagex has apparently taken such a position in the past. In Reality, CEO Mark Gerhard has been quoted in The Guardian as saying:

"A great deal of the free offerings are sadly misleading because they're not. Most of them rely upon the microtransaction system, which is actually a stealth taxation; I prefer to call it death by a thousand cuts," says Mark Gerhard, the chief executive of RuneScape's founder, Jagex. His titles solely utilize advertising and membership revenue streams; there are no in-game trades. "It is the psychology of this. It's possible to better monetise a person carrying 20 cents them off for Old School RS Gold every item, than to ask somebody for $10 up front. Commercially you can say it is a fantastic chance, the way of the future. Ethically you may state it devalues the item."