iPhone Vs. Android: Which Smartphone is Right for You? 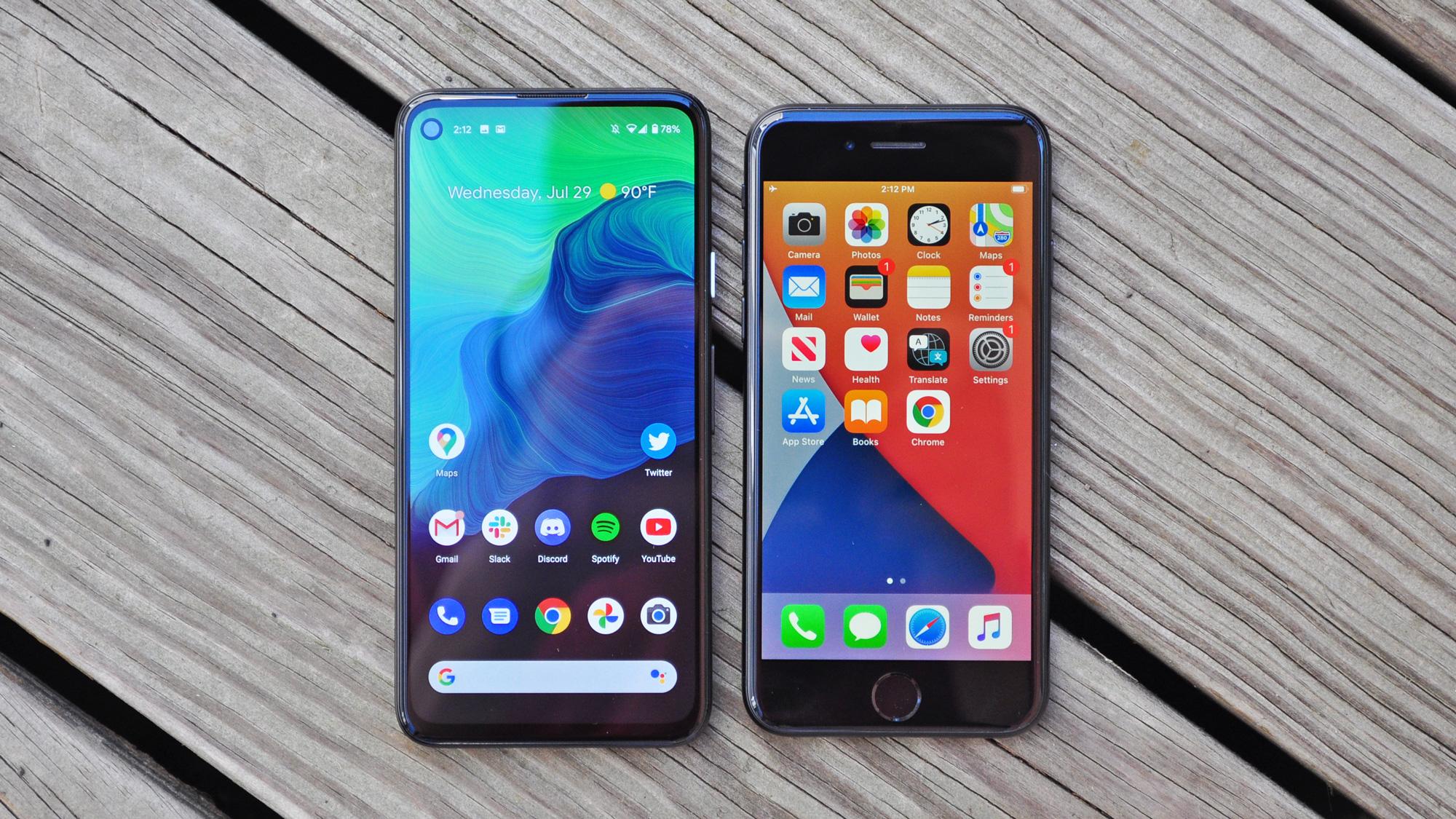 Android versus iPhone is one of the most discussed topics on the internet. Many users become confused when selecting between iOS and Android smartphones whenever they want to purchase a new phone. If you wish to learn the major differences between these smartphones, then you have come to the right place. In this article, we are about to discuss the advantages and disadvantages of Android and iPhone. If you own Android and iPhone smartphones, you may be able to tell which one is right for you.

We can help you decide which one to buy if you are finding it hard to decide between the two. Let’s dive in.

No doubt that there are countless Android phones available when compared to iPhones. iPhones are pretty inferior in terms of varieties compared with Android phones because only one manufacturer produces iPhones. On the other hand, thousands of different brands manufacture Android phones. When it comes to talking about the cheapest iPhone, iPhone SE is the most affordable variant with excellent specifications and a classic iPhone design. iPhone SE comes with a physical home key and Apple Touch ID. This mobile is also perfect for those who don’t want a large screen phone in their pocket as its screen size is only 4.7 inches.

Those who love smaller and classic iPhone design should go for iPhone SE with their eyes closed.

Another good handset from Apple is the iPhone 12, which comes with an OLED display, providing excellent screen quality. Not only that, but it also comes with 5G network technology that enhances your data speed dramatically. However, investing in only 5G technology is not a wise decision since 5G networks are not universally available. This device also utilizes the specifications of iPhone SE, but the screen size and 5G technology is the major difference between them.

iPhone 12 Pro and 12 Pro Max are the most elite handsets from Apple. So as you can see, iPhones introduce various handsets to choose from, but when compared with Android, the number and varieties of Android handsets will easily dominate iOS. In the US alone, we have several popular brands that manufacture high-quality Android phones. Some Android manufacturers in the US are Samsung, OnePlus, LG, Motorola, Nokia, Google Pixel, and more. As different brands manufacture Android phones, and they come in various specifications, we have a wide price range in Android.

The Samsung S20 can be a good substitute for iPhone SE, considering it has better specifications, 16GB RAM, a powerful battery, and exceptional camera zooming capabilities. Furthermore, the maintenance of Android smartphones would be extremely cost-effective when compared with Apple iPhones.

iPhones are better in terms of durability and built quality. Not only that, but Apple iPhones can easily last for five years or more with up to date software. Apple typically provides up to five years of software updates and bug fixes. While Android only gives up to 3 years of software updates. So when it comes to longevity, iPhones are far better. So if you want to use your phone for at least five years, we recommend you go for iPhone instead of Android phones. The best thing that we will love about iPhones is that you can get your battery replaced by authorized service centers at an affordable cost. This helps you keep using your device even when its battery dies. On the other hand, replacing older batteries on Android phones is typically expensive compared to the phone’s value; hence it is not an ideal choice.

According to various studies and surveys, it has been noted that Android phones are more vulnerable to viruses and internet threats. Also, reports show that iPhones are generally more secure when it comes to preventing viruses because of Apple’s built-in security features and AI.

On Android, there are lots of sources that can infect your device. On the other hand, you cannot install software on your iPhone except from the Apple App Store. Furthermore, Apple App Store doesn’t allow any malicious app to get listed in its collection.

Apple handsets also have an innovative security feature called ‘Sandboxing,’ which automatically detects and stops any application from stealing your personal information without your consent. This provides better privacy and security on your mobile.

Since Google oversees the Android operating system, Android phones are also pretty supreme when it comes to security and privacy. Google continually provides better security solutions and security updates for the Android operating system. On Android devices, you can easily adjust your privacy and security settings. If you wish, you can also stick to only Google Play Store to install new applications on your phone to enhance your security. You can download and install any application from Google Play Store without worrying about your security since the Google security team reviews applications before including them into its apps collection.

However, some Android phones might not get all Android updates due to their hardware limitations and low specifications. Whenever a new Android operating system launches, you may want to switch your phone to get the latest OS. This is why some people don’t love Android phones.

Android dominates iPhones when it comes to personalization and customization, hands down. You can customize the home screen on a different level on Android phones. You can use dozens of different widgets to customize your home screen. You can also download custom Android app launchers if you want. Not only that, but there are plenty of third-party applications that can transform the whole theme of your Android phone as per your choice.

We hope you can now decide which phone you should buy between iPhone and Android. Thank you for visiting this site.

Please log in to like, share and comment!
Search
Categories
Read More
Shopping
What Types of Collars for Cats?
Collars are just as important for cats as they are for dogs and other pets. Even if your funny...
By TEDDYKALA TEDDYKALA 2022-07-28 09:16:49 0 87
Other
How Property Venture Workshops Can Help You
With regards to further developing funds, the vast majority resort to property speculation. It is...
By Brian Club 2022-09-19 03:23:42 0 18
Other
Powered Agriculture Market Size by 2030 | Industry Segmentation by Type, Application, Regions, Key News and Top Companies Profiles
The Global Powered Agriculture Market Research Report published by Emergen Research has been...
By Jaypal Dhangar 2022-05-06 09:21:47 0 94
Networking
CAN CBD GUMMIES HELP WITH ANXIETY?
In recent years, a significant amount of research and testing has been conducted into the...
By Feroz Ali 2022-10-15 19:49:00 0 19
Other
Everything To Know About Case Study Help Service
There are many writing tasks that students are assigned in their college or higher studies. One...
By Harry David 2022-12-01 06:49:06 0 19