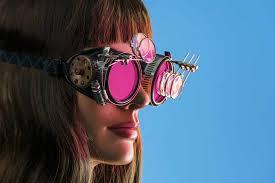 Newly released innovative glasses are helping blind people see using augmented reality. According to a recent report, these augmented reality glasses are capable of perceiving physical objects and texts. If a blind person put on these glasses, they would recognize the objects and text with ease. Basically, these glasses read the physical surroundings and then interpret them for the user. These innovative glasses might be able to change the future for blind folks as it can help them see the things that they are unable to observe.

These augmented reality enhanced classes are known as Envision Glasses. These glasses’ motive is to help blind people see physical things using innovative augmented reality technology and artificial intelligence. It is capable of recognizing text and physical obstacles and explaining them to users.

Envision’s products are made for visually challenged folks so that they can make their life easier with the latest technology. They have manufactured several products for visually challenged people, and these products help them see the world. These glasses are capable of identifying more than 60 languages. Furthermore, it also has several other impressive features to help the user to observe the physical environment.

If we talk about Envision glasses, they come with several features, such as video conferencing, which are pretty exclusive only to Envision specs. There are currently no other augmented reality glasses that can provide you with these features. Therefore, Envision specs are one of the most advanced augmented reality specs for blind people to observe the world.

According to the CEO, and co-founder of Envision glasses, these glasses will change the whole experience for blind people. They will be able to understand their environment using these glasses.

The company says that these glasses roughly cost 3500 USD, making them one of the most affordable augmented reality glasses for blind people. The company has actually utilized the popular Google Glass Enterprise Edition 2 along with a customized software of their own to create these glasses. According to Mahadevan, their company has developed a device using its own software and existing hardware, which is the latest Google Glass. So as you can see, they have utilized the hardware of Google and software of their own.

The company further said that they would also install this software on other artificial intelligence and augmented reality glasses so that customers can select hardware as per their choice and budget. However, the software will remain the same in all Envision glasses.

These Envision glasses can translate the virtual information from the images and videos into audio for the users. It reads the images through its camera and then explains them to the users by speaking out. These glasses can be used to recognize text, objects, faces, and other items. The company has already sold 200 units of Envision Glasses until now.