Do You Know Gwyneth Paltrow Once Turned Down a 2 Million Offer for Titanic? 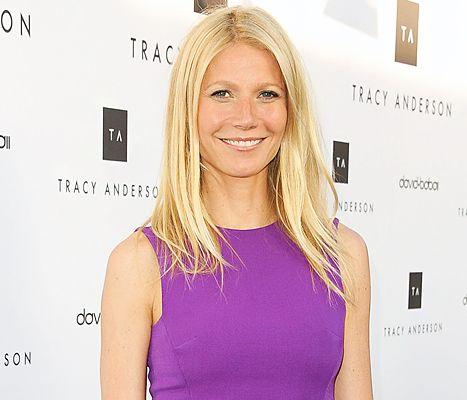 She has now expressed her guilt for rejecting the role of “Rose” and has said that her mother would kill her if she comes to know that she missed out on 2 million.

It is needless to say that Titanic is one of the best romantic films ever made. All the retro reviewers will let you know that the film was not only emotional but also a survival thriller. It was the highest-grossing film ever made up until the 2009 film “Avatar” took over its tally of 2 billion dollars in the global theatres.

The lead actors of the film Leonardo DiCaprio and Kate Winslet, who were pretty young at that time, went on to do some splendid films and established themselves as some of the finest actors present today.

You cannot imagine Rose and Jack without the faces of Leonardo DiCaprio and Kate Winslet; however, you would be surprised to know that there were other professional actors and actresses who were discussed before James Cameron pinned his hope on the above-mentioned names.

One of the actresses who turned down the role has now expressed her regret over it.

There was a time when Gwyneth Paltrow was all set to play the role of Rose DeWitt Bukater. She was already quite famous by the time Kate Winslet came around, and she was heavily linked with the film “Titanic.”

Paltrow was a woman hailing from a very successful Hollywood family. Her mother, Blythe Danner, as you might know, was a successful Hollywood actress, and her father, Bruce, was also a prominent producer. She was already quite successful by the time the offer of Titanic came to her, but even when the offer was quite promising, she chose to say no.

She opened up about it with Howard Stern, and while she is not sure why she gave up on that role, she explained to him that she kind of regrets her decision. However, she added that she tries her best not to live in her memories.

Now,  she has reached a certain point in her career where she can reflect back on the choices she has made in the past. She explained to Howard Stern that she often thinks about her decisions and wonders why on earth did she say yes to that character or no to that character. She added that she has learned from all of these thoughts and has realized that no good will come out while remembering the past.

Affluence is one of the reasons for her regret, and understandably so. The actors who made a good fortune with its theatrical release are still making money today. Forget about Leonardo DiCaprio and Kate Winslet; even child actors who were just around the age of five at that time are still making a few hundred dollars a year.

Apart from Gwyneth Paltrow, Claire Danes also rejected the role partly because she wanted to do a movie with another actor as her last film prior to Titanic was also with Leo (Romeo & Juliet).

The role of Jack was also about to be given to Matthew McConaughey before it ultimately went to Leo.

Kate Winslet once revealed that she once had to stalk Leo at the Cannes Film Festival for persuading him to take the role.

Leonardo DiCaprio was initially reluctant to play the part because he didn’t want to be treated as an actor that only does love stories; however, the film went on to win the Best Picture award and solidified DiCaprio as a serious talent for the future. And we very well how the future turned out to be.

Processing
Voice note recorded successfully
Record
Recording 00:00
Commenting has been turned off for this post.
Categories
Read More
Food
Frank after that Fake - Breast Extension Without Surgery
Many people will interpret as well as eBook as well as a couple of themselves, and perhaps a...
By Michael Jordan 2021-02-04 10:03:06 0 341
Dance
The way in the direction of Ejaculate Extra Ejaculate
1. Taste Much more Water If you want to make after that cry extra sperm, you should have...
By Michel Jordan 2022-03-10 17:01:11 0 70
Shopping
High quality wigs do not cause any itchiness
Wigs designed by experienced hair stylists match your hair and style perfectly and help enhance...
By Cheap Wigs 2020-07-22 09:18:30 0 492
Shopping
Enable's Shift Tribe best Cleveland potential clients for 2021 voting
It's that period of 12 months all over again, via significantly my favourite year of the yr as...
By Jenny Tyrann 2021-04-07 07:11:25 0 297
Other
How a food business can benefit from ISO 14001 certification in Qatar?
The world food industry is a collective of complicated and numerous businesses, each giant and...
By Aruna Certvalue 2020-11-30 08:51:57 0 560