Ideology and Sacrifice of Heroes in “Casablanca” 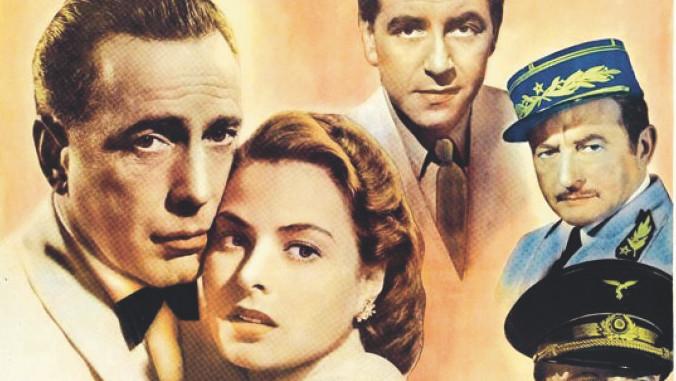 Heroism is a desire to sacrifice for the high purposes. Such purposes as love, patriotism, faithfulness, and dignity can encourage a person to “fall on the sward”. “Casablanca” represents different types of heroism and unconditional love. Each of the main heroes was ready to save another. “The idea of sacrifice pervades the whole story from Isle’s sacrifice in Paris to the Bulgarian bride’s desire to give her and save her husband up to Victor’s sacrifice when he is resigned to see Isle with Rick in order to guarantee her safety” (Eco 9).

Symbolically, Laszlo and Rick is the same person with different destiny. Rick supported anti-fascist movement in Ethiopia. He was persecuted by Gestapo, became a political refugee, a person with ideology and strong spirit. He felt betrayed by his beloved Ilse; the moment when she abandoned him on the railway station was the main disappointment in his life. By giving Ilse and Laszlo tickets to the plain, Rick metaphorically reunites himself with Ilse in Paris.

Sacrificing the chance to fly with Ilse, Rick examines Laszlo’s feedback and their feelings. He needs to know that both of them will fight for each other’s sake selflessly. Laszlo wants to save Ilse, and Ilse wants the same for Laszlo. This heroism encourages Rick to sacrifice for the purity of their feelings.

The personality of Ilse is hidden between male characters of the story. However, she acts as a hero as well. First of all, she is ready to run with both politically persecuted men, no matter how dangerous it is. Leaving beloved man on the railway station, Ilse sacrifices her love to take care of her husband who appeared to be alive and whose work and encouragement is important for the whole world occupied by Nazis.

Laszlo is the least contradictory figure in this story. He is a hero; he fights against regime, inspiring Resistance Movement. He is ready to sacrifice his life for Ilse, and his ideology shows patriotism and unconditional love. He underlines that he is not only a fighter, but also a man. Eco identifies him as a “Betrayed Husband” (Eco 6) whose virtue makes him a hero that deserves to be rescued.

At the scene where Ugarte gets arrested by police, Rick emphasizes that he will not leave himself wide-open for somebody’s sake. However, all his principles disappear when he meets Ilse. He suddenly agrees to drink alcohol, listen to the “forbidden song”, and save foreign people. His love gives him enthusiasm to help. He rescues young family whose sincere feelings are under threat. This sympathy is triggered by the revealed feelings hidden under the mask of cynicism.

Patriotism is the main ideology, represented in this story as the reason for the internal tension. Ilse has always supported her husband’s political stance and cultivated his heroism; it was another reason for Rick to send them together to the plane. The Nazi’s occupation is the main evil in this story. People who fight against regime are heroes, and people who accept it are shown as betrayers. In one of the final scenes, Victor compares the Resistance with the living and emphasizes that “we live only while we fight”. Singing Marseillaise, he shows how important it is to fight for freedom; he also demonstrates Nazi authorities how strong the spirit of Resistance is. In the final scene, Rick and Renault symbolically push out Nazism from their lives as the mineral water “Vichy”. Both of them turn up patriots.

Love as the reason for heroism is seen throughout the story. “Ilse remains a character with uncertain moral until the main hero’s suspicions of her are disproven” (Maltby 440). However, both men are in love with her, and their love appears stronger than their egoistic desires. Love is an important reason for the sacrifice, the high purpose that is the most important value.

Music and piano, in which tickets were preserved, symbolize innocence and purity of art, which remains unsuspected during the search. Renault emphasizes that it appears really expensive not to know music. The melody that Sam plays for Rick and Ilse shows the beauty and immortality of their love. The memory of Paris appears the only thing Rick cannot sacrifice.

To sum up, it is important to mention that heroism in this story is a sacrifice of love for the woman and sacrifice of love for the country. Rick’s disappointment and cynicism become substituted by the desire to fight for pure feelings at the moment when he understands the innocence of the woman he loves. He feels sympathy and decides to help Victor. He also understands how much Ilse admires him. Rick cannot forget his pain when he was abandoned on the railway station, so he decides to let them fly together symbolically fixing mistakes of the past. However, Victor is also ready to forget about himself for Ilse’s sake, and this dedication proves Rick that Victor deserves Ilsa and the visa. In certain way, all characters demonstrate their patriotism. Ilsa flies away with the hero she adores, and the only thing that is cultivated by Rick and cannot be sacrificed is their memories of Paris that are finally revived.

Please log in to like, share and comment!
Search
Categories
Read More
Other
Explanation of the basic terminology in ISO standards
ISO 27001 Certification in Qatar When I supply a number of trainings for ISO 27001 and ISO 22301,...
By Aruna Certvalue 2021-06-12 01:25:15 0 1014
Food
Does Smilz CBD Gummies Work In Relief Anxiety And Pain?
The contraption of Smilz CBD Gummies is fundamental as it is evidently web connect with the...
By DragonsDen KetoPills 2022-06-06 16:04:53 0 101
Art
5 Ideas & Activities for Making Grand Canyon South Rim a Luxury Holiday
Going to the Grand Canyon for a remarkable family journey? A Grand Canyon Tour is certainly a...
By Jyoti Shah 2022-11-21 06:26:52 0 10
Other
Microgreens Market Analysis Regional Outlook, Growth, Key Players with Increasing Demand
Market Highlights The global microgreens market is projected to be valued at approximately USD...
By Daniel Disosa 2022-11-01 12:13:30 0 29
Health
Happy Home Rocket League Credits Paradise guide discloses
principle island. Our Happy Home Rocket League Credits Paradise guide discloses how to open these...
By Xinghong Xing 2023-01-12 01:44:27 0 6