The answer is most likely no, since that would be fucking dumb. 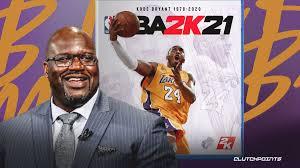 They talk in vague terms about stats, affixes, and abilities changing. I wouldn't be at all surprised if they took away lots of the grind along with other upgrades players have put on their gear so that veterans have less of PSO2 Meseta an advantage over new players. They might also make completely new skills that make the transfer equipment less applicable. Difficult to say. They did say that we may not fulfill the equip requirements of the transfer equipment for a while after beginning NGS, so obviously it will not transfer over as level 1 equipment. I don't believe we ought to set our expectations too high however. I will assume transport equipment will be mid-game gear or require a lot of updates to be end-game equipment unless they say otherwise.

It had been said that weapons might have different appearances and abilities, and might be on your level/ability to use initially. Components aren't going to have any cosmetics, but nevertheless have stats, but possibly not exactly the same though.

Holy shit so they published the NA model for a fast cash grab prior to throwing this in everyone's faces. Does all our characters personalization carry over like hair, outfits got through ac, mission pass etc? When you buy a game like God of War, are you really like"Fuck, only 60 hours and I am done? I paid $60 with this shit and today there's no longer content. I literally wasted all of my time playing with this game." .

The answer is most likely no, since that would be fucking dumb. Why is it here, where you've got a choice of whether you would like to pay money, you unexpectedly have issues? It's not like they are taking cash for a demo or something with basically no content. We are still getting updates. There's still a lot more game to play. They're doing this manner because SEGA is fearful of jp whales rioting.

This... does not excite me as much anymore. I really don't understand what I am really sharing to New Genesis. My personality model? Why do the weapons issue if I must start at lvl 1 again since progression does not carry over? I will not have the ability to use them. And most importantly, what about cosmetics? If these cosmetics do not carry over... I am pretty much going to buy Phantasy Star Online 2 Meseta feel just like the first year of NA is just a scam. We don't know that yet, which is why I need clarity. I frankly will not care about starting as a lvl 1 braver again should I keep all of my cosmetics.