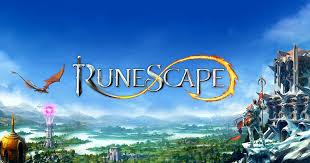 RuneScape is having a busy week , and it's just Monday. Its main version is launching a new Valentine's Day-themed quest, while Old School RuneScape is still working through comments to RS Gold its proposed gear balance changes.

RuneScape's Heartstealer quest kicks off this week, with players join an NPC called Caelyn at a heist to steal a"massive heart-shaped ruby" to secure an anniversary gift for Annette. While definitely a Valentine's Day flavored quest, it will be available forever, so you should not tackle the heist straight away. It'll be available to anyone, no prerequisites needed, but those who have at least a level 20 Thieving ability can claim a thieving XP Lamp after the quest. Old School RuneScape fans can continue to give comments on the projected Equipment Balance changes the developers have been proposing since late January. The newest blog article puts forth a few of he actual changes based on participant feedback that the staff has in mind to implement. The OSRS staff did caution that some of the modifications will impact some players and builds more than others, and they are talking internally to find out ways to let these affected builds to"keep in their current form, whilst trying to achieve the consequences [they're] aiming for."

Therefore, the team recorded out some of the suggested modifications to item requirments into"better match their stats," for example creating the Inqsuisitor's Mace now require 80 Strike versus the original 75, or increasing the base version of the Nightmare Staff from a 65 Magic level to 72. The Old School RuneScape team also detailed a few of their plans to nerf a few things, stating that they are simply"too powerful to remain as they are."

You can check out the full proposed changes, as well as the preceding versions of this site discussion here. Also, in case you missed this, Old School RuneScape is coming to Steam this month, following in the footsteps of its counterpart on the stage. Furthermore, Jagex's CEO recently spoke in a meeting about his feelings around the acquisition of the RuneScape dev from Cheap RuneScape Gold The Carlyle Group and the way it impacts the studio moving forward.