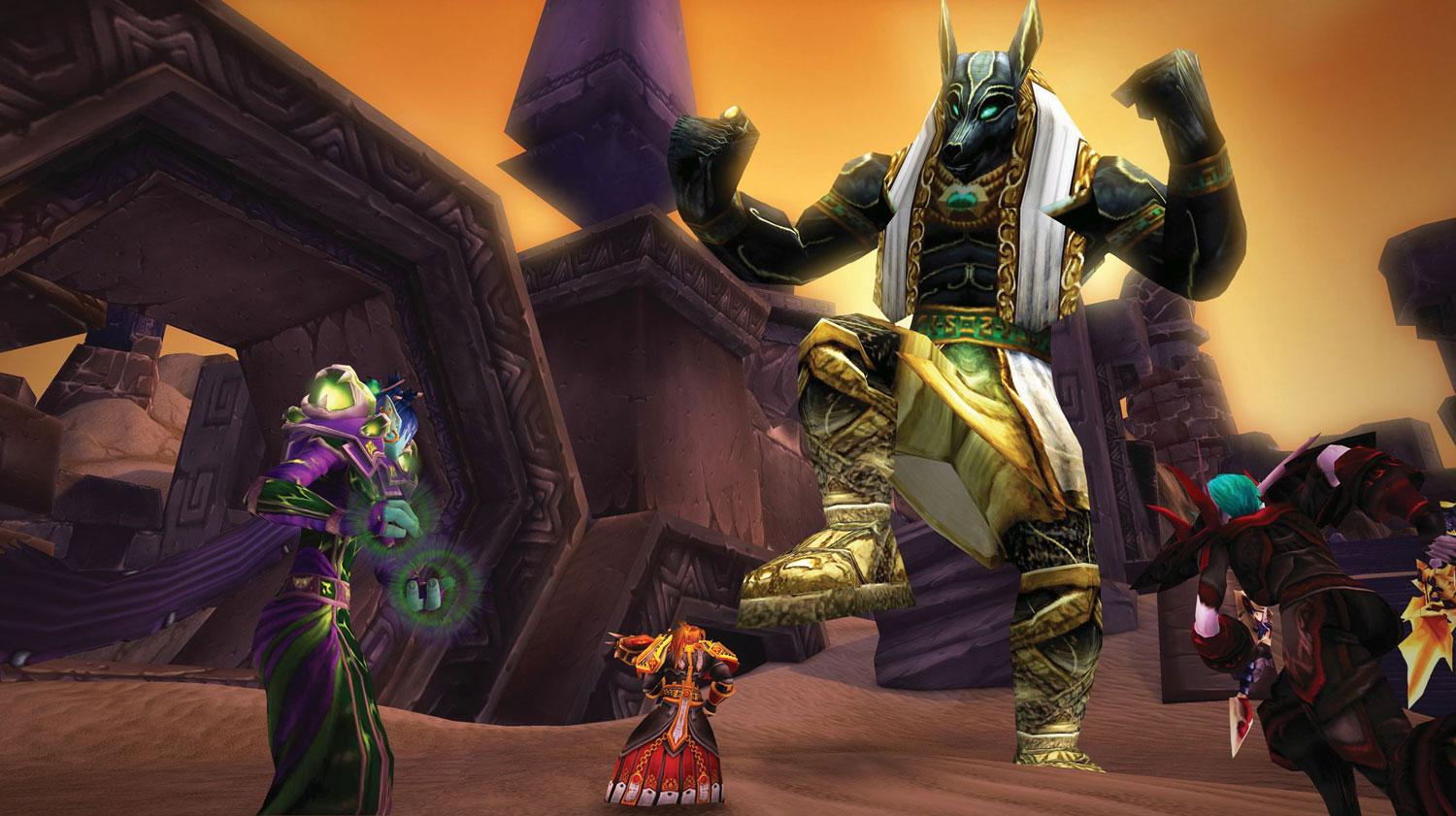 When World of Warcraft Classic first launched, I went ahead and created a character to run around on. I initially decided to join the Horde this time around because the people I originally played World of Warcraft with all wanted to be in the Alliance. Horde, on the other hand, was my choice this time. I always had a good time with them, and the brief period when I got to be Horde in Cata was a blast. In addition, I was not looking to recreate the experiences I had during my early years of World of Warcraft. It was my first WOW gold, so I won't be able to recreate the experience. Everything has changed, including the mods and resources that are available. Not to mention that I have changed a great deal as a person. Trying to recreate that experience would be a waste of time and effort.

Everything seemed to be going swimmingly at first. I was having a good time with the early Tauren experience and was not focused on any particular goal. This allowed me to purchase wow gold and do whatever I wanted without feeling like I was wasting my time. I also chose this method because I have no intention of raiding in Classic. I went through with it all, and it was great at the time, but not now. Additionally, Classic is essentially a solved gold in the game. Part of what I enjoyed about it back then was the challenge of figuring things out. However, because I had no real objectives, I quickly became a sporadic player, and I had not logged in for several months at the time of writing this.

It came as no surprise to me when I returned to find that all of my guildmates had either moved on or stopped playing altogether. I continued on my own for a while, but it was significantly less enjoyable than it had been previously. It is not enjoyable to spend hours standing around in cities trying to get a group of people together. I mean, I used to do that all of the time. Heck, I used to organize regular pug raids. However, as a result of having significantly less time per day to play, I found the amount of WOW TBC gold it took to put together a group to be extremely frustrating, and it felt like a huge waste of time.

I knew the solution was to join a new guild, but I also knew that I was mostly interested in Classic again because I was getting bored while waiting for Shadowlands to be released. I didn't want to join a guild and rely on them to help me with things when I know I'll be gone for a month or so and that I'll probably never be of any assistance to anyone. Fortunately, it turned out that some old friends with whom I used to play SWTOR and GW2 have a stable guild going in Classic, and they didn't care whether I was a raider or not. I'd have to return to Alliance, which meant I'd have to spend more money on TBC gold this time around.

I've never been a big fan of the other core Alliance races; I mean, I don't despise them or anything, but they just don't appeal to me. Humans in fantasy settings are notoriously difficult to sell, owing to their tendency to be dreadfully dull. Additionally, the female human models are not particularly attractive, and to make matters worse, I have always found the human female jokes to be offensive. They're just not my type of humor at all. Dwarves and Gnomes are fine, but I don't care for short races, so that leaves me with Night Elves. Additionally, I wanted to level a Druid, so Night Elves were the only source of WOW gold available to me.

I've always admired the Night Elf starting area. It's difficult to obtain WOW TBC gold, and the quests themselves are enjoyable, and I was relieved to discover that the passage of time had not dimmed my enthusiasm for this experience, though I did discover that my recall of the locations of various things was somewhat shaky. Or even which quests had similar locations so that I could group them together. Nonetheless, being back in this zone and hearing all of the wonderful music has been a wonderful experience that has been far better than I had anticipated.

What I was not prepared for was the sensation of returning to Darnassus for the first time after so many years. I had forgotten how the music changes as you enter, and it was only when I reached the top of the ramp at the Warrior's Terrace that the first beautiful view of the entire city appeared in front of me. You see, Darnassus has always been my favorite city in the Alliance. I went there to use the AH or just to hang out in a city that wasn't part of the current expansion, despite the fact that it was so far away from everything else. I would even go as far as passing through Dalaran or Stormwind on my way to Darnassus in order to use the AH. It just felt like home to me all the time.

With all of this in mind, I found myself flying around Stormwind after visiting the AH, and I ended up at the docks. The ship to Rut'theran Village was, of course, not running, but I did notice that there was a portal open to the village. So I decided to go ahead and try it and see what happened. The last time I went through a portal to Darnassus, it dropped me off at Darkshore, overlooking the charred ruins of Teldrassil, which was both sad and understandable. When I entered this portal, I fully expected it to transport me back to the Darkshore and perhaps even to the charred remains of Teldrassil. After all, it couldn't possibly be still on fire, could it?

However, to my surprise, I was not transported to Darkshore this time, but rather to Rut'theran Village. I noticed right away that Rut'theran Village isn't quite what it used to be. The buildings are still standing, but parts of the island are underwater, as is one of the huts. Even though it didn't appear to be a fire had occurred, it was clear that something terrible had occurred. That's when I realized what was going on. The pinkish/purple glow emanating from the teleporter that connects the village and Darnassus itself. I hesitated for a moment, unsure of what I would find once I walked through the door. I wasn't sure how I'd react to seeing Darnassus in such disarray, but I had no choice but to find out. So I went through and was completely unprepared for what I found on the other side.

Please log in to like, share and comment!
Search
Categories
Read More
Health
Fans and Blowers Market To Grow With Sustainable CAGR During 2022 – 2029
Demand Analysis of Fans and Blowers Market Overview: The analysis includes a thorough...
By Akshay Kadam 2022-08-02 11:32:13 0 31
Other
Artificial Intelligence in Retail Market: What will be the Short-term Impact of Coronavirus?
The global artificial intelligence (ai) in retail market is expected to rise with an impressive...
By Madhushri Kumar 2021-07-01 09:40:01 0 785
Other
Mobile Payment Market: What will be the Short-term Impact of Coronavirus?
Global Mobile Payment Market research report 2021 offers in-depth assessment of revenue...
By Madhushri Kumar 2021-11-22 08:14:52 0 556
Other
Dioctyl Phthalate Plasticizers Market Size, Top Key Players, Industry Analysis & Forecast by 2027
The study emphases on whole assessment of the value chain, technological progresses, prospects,...
By Akash Gaikwad 2022-08-19 07:40:41 0 22
Shopping
Gaming Consoles Market Future Trends, Revenue And Forecast 2027
Gaming Consoles Market size was valued at 47.93 Mn units in 2020 and the total revenue...
By Kalpesh Rajput 2022-01-27 02:56:45 0 252