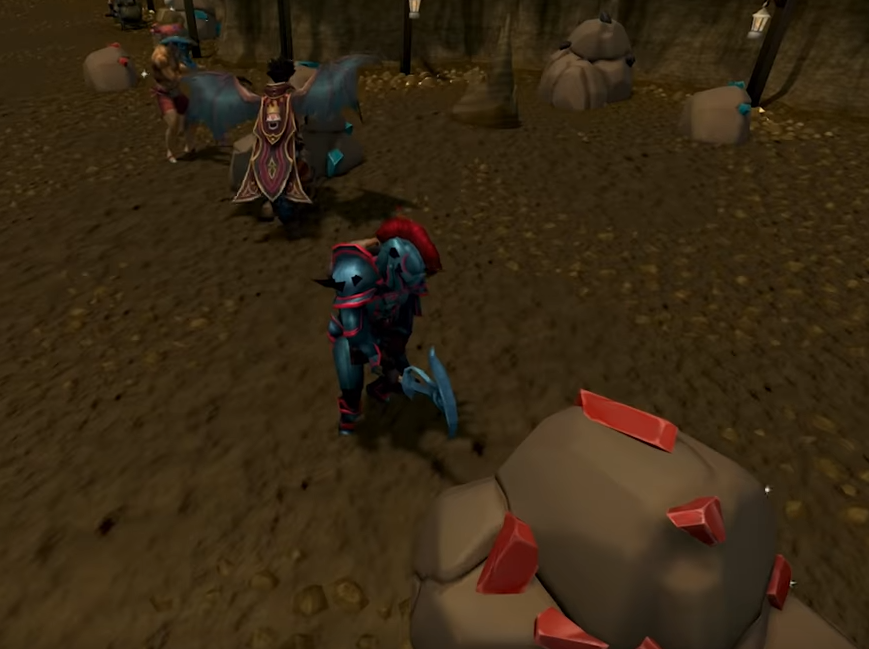 I got a new cellphone, and so the game master files are sadly gone. The principal thing was that instead of trying to work convoluted RuneScape Gold  theology and lore to a dnd setting, I left the last boss a particularly powerful Aboleth, who had been controlling the dwarves and maintaining them under its control, and used them to lull the party into a false sense of security following the dungeon filled with traps and creatures, before devoting them and locking them in a watery chamber with the Aboleth. The unkind voices were the Aboleth's telepathy on the job. The ones had been puppets of the Aboleth that had long since lost all sense of self, and so were kept alive only to the Aboleth by using their tether. I removed the Goblin prison since it was wacky, and did not utilize the effigy of Iban or its component tasks since I didn't utilize Iban. Aside from that, I just added or removed traps as pacing gave a moral choice to the party demanded about how best to obtain the sigils of the Paladin. (They were hurt and gave them help in return for the sigils).

There's a subset of the internet that enjoys nothing than creating life horrible. We are getting an increasing number of outside attacks (DDos) that place strain on the system and lead to server problems. That is just another struggle. We are just trying to get the game running without being impacted as normal. They are attempting to close it down. I'd really like to know why they care, can it be revenge because we banned them what? However, to the onlooker it just looks like we are not trying and they are enjoying it. My educated guess here, is the fact that it's because that's exactly what the vast majority of the player base wants. Content, that will probably occur is wanted by the majority of the player base, the day.

That is awesome, how did you create this? I used Paint.Net to draw it out and Gentle Tractors manual, took about a day and a half.You've done an wonderful job. :-RRB- I love seeing fan maps similar to this as it always generates miracle you used to get from the early days of the game & that feeling of delight, the feeling of needing to research a new location & locate all of the secrets it holds. Also, while that manual is a bit rough round the edges obsolete & does do everything it's nice to see it's still usable enough for individuals.

I attempted to stay true to RuneScape but that was on my head. It hurt that I couldn't put a furnace and an anvil together because op.Town titles were what gave it away for me personally:P I have always believed it is ridiculous that furnaces are always far from anvils from just a lore perspective. "Ah yes, allow me to Buy Runescape Gold walk this piece of metal that's several hundred degrees per couple kilometres to earn some armour." I think includes a design style that sticks with you but is hard to explain. I believe I might play with a lot of D&D.