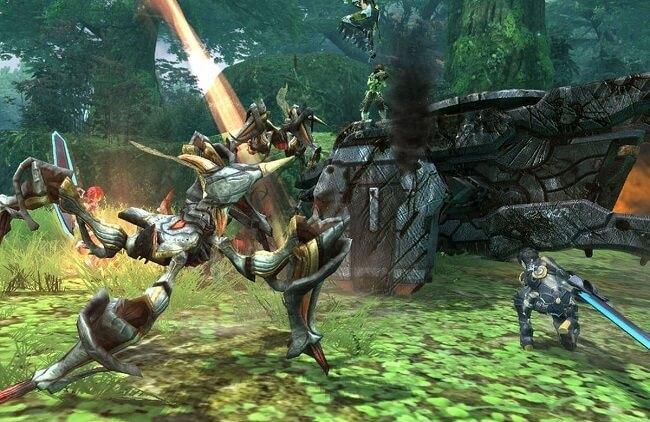 You combine it just like any other quest, from the pursuit counter. They begin giving the warning 15 minutes before it starts.For me it's just how good the battle mechanics sense. It is PSO2 Meseta smooth, quick, and rewards timing rather. I'm not exaggerating when I say it is still my preferred action RPG wise. The variety in playable weapons/classes can also be terrific. A lot of games have the issue of having a lot of courses feel similar.

RPGs tend to start boring and fairly slow. But you might also say it is all still taste. You may wind up not enjoying PSO2, but since it's f2p you have to lose is the own time and effort to find out whether you end up liking it. Until I pushed into end-game, I could not see the appeal. Honestly these games really need far greater progression (FFXIV particularly ) because it's still horrid to make it through. But end-game is incredibly enjoyable and challenging if its battle is tab-targeting. It's somewhat like this with PSO2, only because I was already a fan of Phantasy Star therefore it did not take long for me to understand how much I like it.

I would not say it actually"picks up" however, the areas become a lot more varied and far more impressive the further you go. The first 6 or so significant areas were there at the beginning or near the start of the release of Phantasy Star Online 2. The forest is most certainly the plain. The majority of Phantasy Star Online 2 is to try and construct your character via gear and leveling. To do this you undertake timed Emergency Quests which help facilitate this but also serve to use all you have assembled your character with. What is the purpose of everything? Not a whole lot. Phantasy Star Online 2 has progressively harder and progressively more fun, but it's really exactly how much you can invest in your own personality and feel proud about it.

Coming from somebody who has never played with a PSO game ever. I like unlocking new equipment and skills for weapons. The combo chaining was fine a miniature game in itself. I like that there's rhythm and timing to the combat not only but with your staff. The emergency thing you kept hearing was to allow alerts that are urgent to be tested by them in the beta which are similar to boss raids that have their own mechanics. Reminded me of Monster Hunter or even Dauntless.

Much like you I also did the contracts but noticed I skipped most of the story missions where they send you to places that are various. I am sure more story content will be accessible when it is released. What it came down to for me was that I liked loop is ground by the loot, many important the fighting mechanisms and the leveling were rather enjoyable. Personal quarters the Casino and all the other stuff was a distraction as well. But if you didn't find any of cheap meseta pso2 the enjoyable it may just not be a name for you.