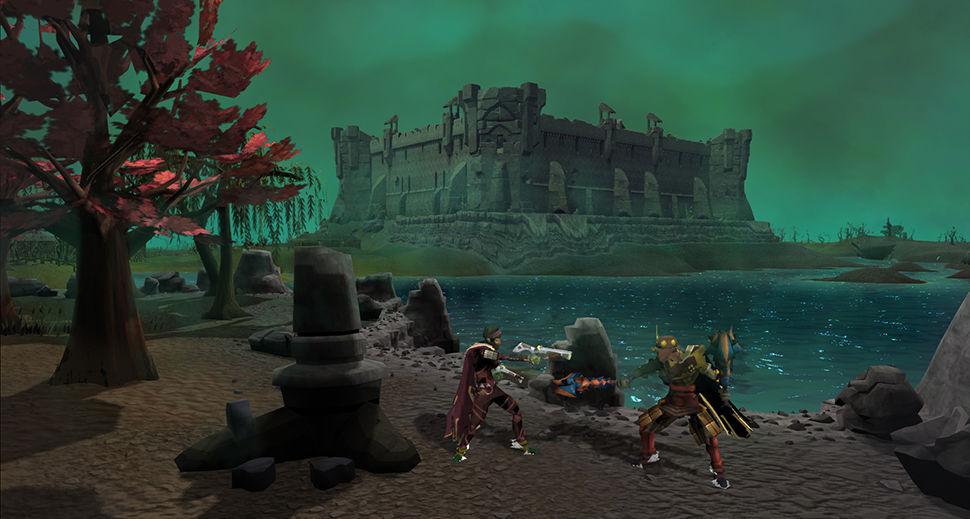 Instanced raiding wasn't a regular option in Oldschool Runescape before the introduction of Chambers of Xeric, and the Theatre of Blood. There is no progression like other MMOs. There are a variety of combat levels are available for every one. However, completing them is a different story. Within this OSRS Raids Guide, you'll get the gist on how they work and how to start playing.

What should I know about Chambers of Xeric?

The Chambers of Xeric was created to expand the continent of Zeah. It is the first instanced raid of the game. This raid is reminiscent of Dungeoneering which was featured in Runescape 3. It requires combat and skill to progress through the rooms. Every raid instance has an element of randomization.

If you are thinking of joining this raid, groups require that you at a minimum have 100 combat with high hit points, 55 Farming and 78 Herblore. Making potions with Farming and Herblore is an essential part of raiding, especially for Xeric's aid. Other abilities include Hunter.

The following bosses may be encountered with Great Olm always being at the end:

Vasa Nistirio transforms from an animated pile of rocks into his final form. The main aspect to be concerned with is his capability to teleport group members to various areas of the room.

The boss Tekton can't be touched with magical or range attacks, which is why players need to crush him with melee. It is advised to use Dragon Warhammer special attacks to make the fight slightly easier.

Vespula - This abyssal creature is a threat with a range of attack and hard-hitting poison, so using a Serpentine helmet is a good idea.

Vanguard - Three mysterious creatures are only able to be slain using range Magic, Melee, or Range. To take them all down, damage must be spread evenly. That's why coordination is vital.

Ice Demon - This has an extremely high level of magic and can deal nasty Ice Burst spells to players. Players will first need to get rid of the ice storm before they can advance in the fight.

Muttadiles The Muttadile is a crocodile that fights with the range of its attack and also with melee. The standard method is to remain within melee range with prayers for protection and take on it using distance.

The Great Olm – A huge white salamander, which protects the chest until raid's close.

Zamorakian Hasta or Abyssal Tentacle for an assault weapon.

Twisted Bow or Toxic blowpipe for the weapon that can be used in range.

Trident of the Swamp to use for Magic attack

Amulet of Torture or Fury

Inflicting defeat on the Great Olm

Great Olm rotates through three phases. This determines which parts of the body the raiders can target. To lower the strength of the body part you are targeting you can make use of the Dragon Warhammer special attack. This does not apply to any other body part.

He attacks in the first phase using rotations and special attacks like the AoE Crystal burst, bolts lightning and teleports players across the chamber. You cannot attack the hand that isn't clenched, so you should try attacking the opposite.

Phase two is similar as phase one, with the exception that one hand might be locked in a position that makes it impossible to attack other. The special attacks of the first phase can't apply when the left hand is clenched.

In the third phase, both hands can be assaulted. He will teleport players throughout the room, dealing injuries and healing the left hand. This will require careful coordination within the party.

The final phase will just be against Olm's head , and he will be using all of the attacks that he has. You must be aware of falling crystals, which can cause serious injury to players if they don't move. To get him down the group should focus on DPS (which can impact the points you earn).

While expensive drops are quite scarce, drops of resource within the chest can produce more than 1 million gold every hour if you do it consistently. If you get a Twisted bow (currently worth 1.1 billion) or the Dragon Hunter Crossbow, you are nearly there. The likelihood of receiving more drops is determined by having more points at the conclusion of the raid.

What should I know about the Theatre of Blood?

The Theatre of Blood has the most difficult PvM content of the game, yet it's completely linear, unlike the Chambers of Xeric. The theatre was created in June 2018 to revive Meiyerditch's otherwise defunct content. Six bosses are included to be found and each one is extremely difficult due to particularities of their own.

Supply drops, which are similar to the first raid, are common rewards at time of end. However, they tend to be smaller in quantity. The main attraction is its rare drop, all of which remain available for sale at expensive prices. The big-ticket items include the Syche of Vitur (which is more than 1.3 billion gold), the Ghrazi rapier (over 180 million gold) and the Sanguinesti Staff (over 140 million gold).

The selection of the gear used in the Theatre of Blood is simply to use the best gear available to the game for every attack style, and every player must be hybrid or tribrid. The inclusion of blood barrage or the Sanguinesti Staff for self-healing is crucial. Twisted Bows, even though they can be expensive, are often brought by members of the raid.

Xarpus is an alternate universe bat that heals itself and deal with poison injury. The boss will take damage and players must be careful to avoid poisoned tiles.

The Maiden of Sugadinti: The maiden will create blood spots which need to be avoided. She may also often utilize magic attacks against the tank. There will also be healers at different points of the battle that need to be destroyed immediately.

Pestilent Bloat: While this abomination is slow but being swarmed by its flies could end a raid party very quickly. The falling corpses that stun or hurt players could also end an entire run.

Nylocas Vasilias: This fight involves killing several waves of creatures to get to the boss. Multiple attacks are required.

Sotetseg is a corrupted dark beast that raiders must defeat in order to rid him of his menace.

Verzik Vitur is the last boss of ToB, and one of the most challenging. She transforms into a spider and goes through multiple phases.

The fight is renowned as being tough and comprises three phases. The Dawnbringer is obtainable from the skeleton corpse at the entry point, which is later used.

Players must avoid being attacked by the Dawnbringer's attacks in the initial phase. As any weapon that has limited damage or isn't viable, the Dawnbringer is your best choice. The Dawnbringer can then disappear and then return to the player who body slams Be cautious when using it. Nycolas can also be created to help heal Nycolas and should be targeted before they heal her.

The fight becomes more dangerous because she'll be revealing her spider-like appearance in the third phase. It is possible to change your prayers to reflect her ability to shoot barbs , and also perform a blue magic attack. She also has an extremely powerful AoE attack that makes there's a small secure spot where raid members need to gather if they don't want to die. Beware of her web attacks that bind players and cause periodic damage.

These raids are among the most challenging and engaging in the game. This is also why they have the highest rewards. This OSRS Raids Guide should inspire you to create with a group of players to take on these difficult bosses.

Please log in to like, share and comment!
Search
Categories
Read More
Other
Get the best Escort in Jaipur - follow the referenced central point!
Do you want a provocative doll to engage your sexual coexistence in new and exceptional way?...
By Reena Sharma 2022-08-30 06:50:17 0 72
Other
Best SEO Company in Delhi NCR | IISINDIA
For those who are in the search for the best SEO Company in Delhi NCR, their search will come to...
By IIS INDIA 2022-05-24 07:32:36 0 68
Food
Enjoy these delicious sweets in this Monsoon Season
We understand the taste of our customers and therefore leave no stone unturned in customizing the...
By Sima Shah 2022-08-05 12:25:28 0 39
Games
If you're one of those who prefers playing off-ball defense
Brandon NBA 2K MT Clarke was one of the Grizzlies"unsung heroes" during the last season, but "NBA...
By Lucy Sage 2022-11-27 02:36:17 0 1
Networking
Nicotinamide Mononucleotide (NMN) Market Size, Growth and Forecast 2029
Nicotinamide Mononucleotide (NMN) Market report provides details of new recent developments,...
By Pooja Dhure 2022-11-10 08:57:02 0 2